Everything We Know About Shiloh Jolie-Pitt

She's one of 2021's fastest-rising celeb kid faces, but Angelina Jolie and Brad Pitt's firstborn Shiloh Jolie-Pitt seems unfazed by her soaring popularity as she goes about her teenage life taking dance classes -- and killing it! -- and accompanying her movie star mom at various events.

While everyone's talking about her recent stunning red carpet appearances and how Shiloh has blossomed into a gorgeous young lady, there's more to the 15-year-old former-tomboy than her fashion makeover.

'It Was A Set Up Through A Friend': Rebel Wilson Opens Up On New Romance

Margot Robbie Is A 'Blind Optimist' Despite Hollywood Pressures 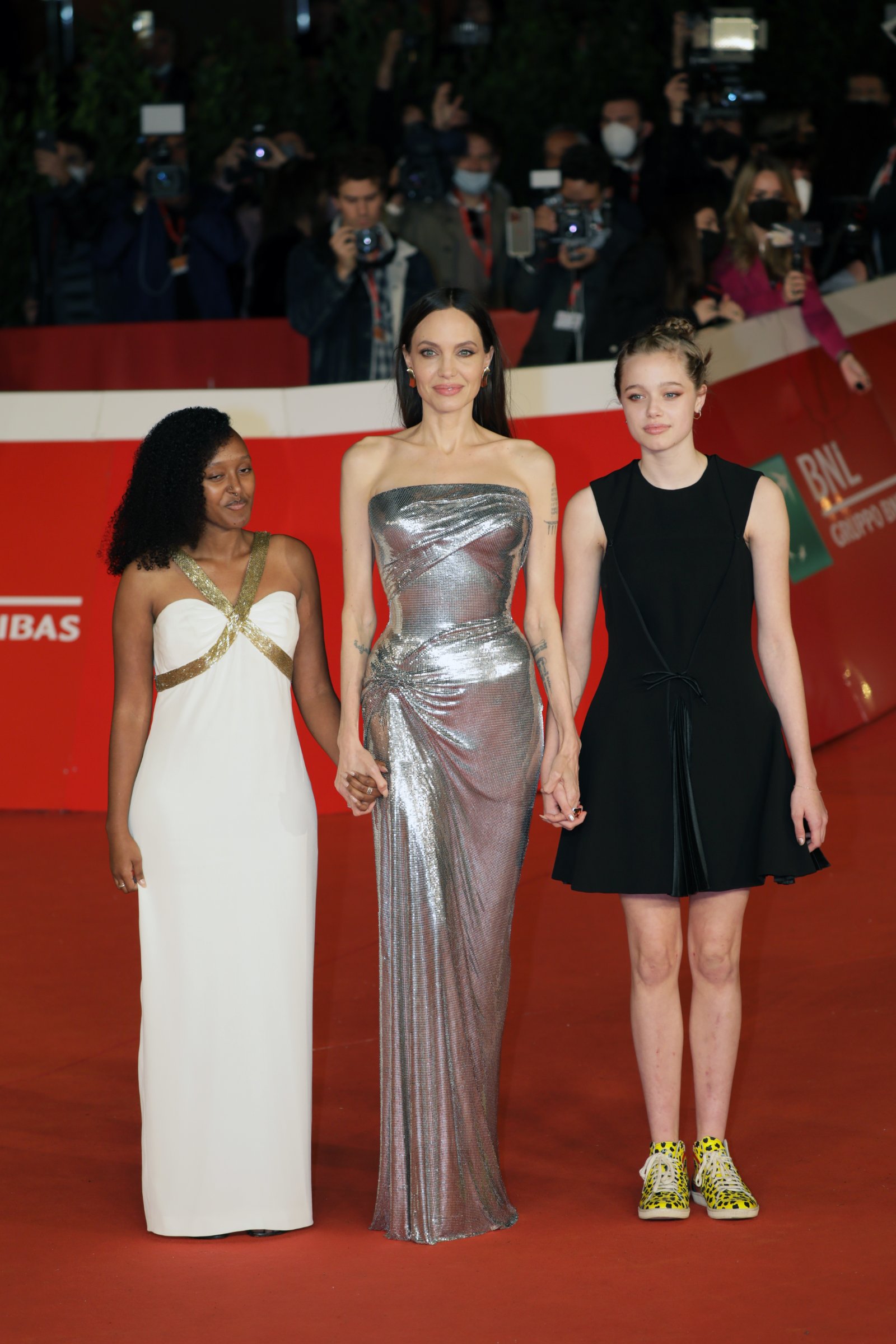 Angelina and Brad's eldest biological child was born in Namibia. After falling in love with the African country while spending time there as part of her work for the U.N., Angelina, 46, decided to bring her first baby into the world there.

Anna Kendrick has demonstrated her talents several times throughout her career.

While the entire Jolie-Pitt brood has interesting, melodic names that just roll off the tongue, Shiloh's reportedly has a special meaning behind it. According to SheKnows, "Shiloh" means “peace, abundance or Messiah.”

Delving deeper into its backstory, the outlet reported that the gender-neutral name was allegedly chosen by Angelina's late mom, actress and humanitarian Marcheline Bertrand, for her first baby, which she miscarried. Although this hasn't been officially confirmed, it sounds like Ange might have picked the name to honor her mother.

Likes To Be Called 'John' 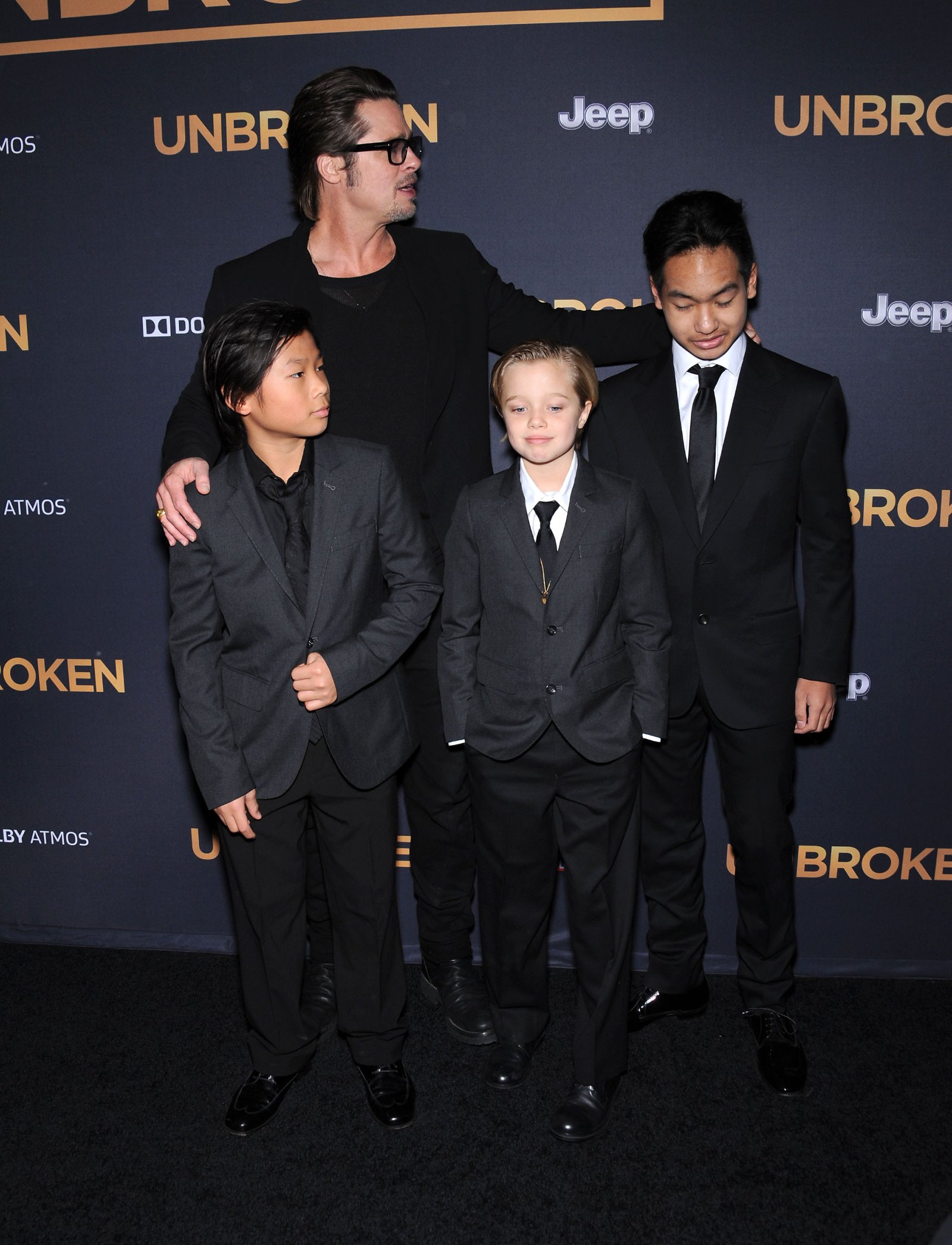 As it turns out, Shiloh has a preferred nickname that she chose for herself when she was barely 2 years old. The youngster likes to be called "John," with Brad musing about it in a 2008 interview with Oprah.

Fans wondering why Shiloh adopted a tomboy look on the red carpet from a tender age got to learn the reason behind it back in 2010 when Angelina revealed to Vanity Fair that her daughter "wants to be a boy."

"So we had to cut her hair," said the Maleficent star. "She likes to wear boys' everything. She thinks she's one of the brothers."

Was In A Movie With Brad Pitt

While this one will probably did not go on her credits, Shiloh appeared in a movie with her dad back when she was just a babe. The now-teen was featured in Brad's 2008 The Curious Case of Benjamin Button, where -- you guessed it -- she played a baby.

Eight years later, her voice was featured in Kung Fu Panda 3, with the then-10-year-old recording some animal noises that were used in the animated film.

While fans have been curious about whether Shiloh will follow in her parents' footsteps and break into acting, it seems that nowadays the teen is more interested in a modeling career. 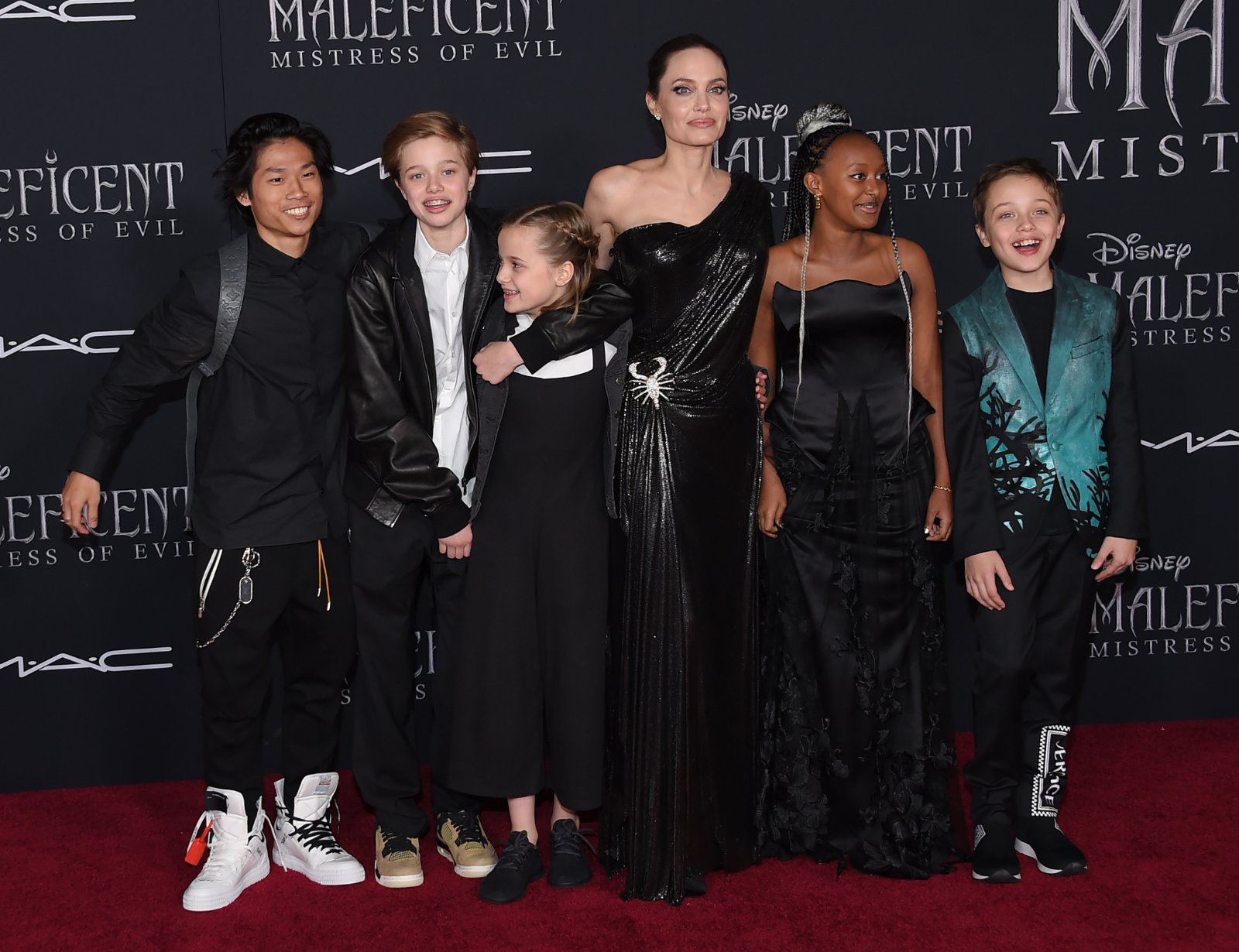 As unusual as it may sound for a celebrity kid, Shiloh doesn't have a social media presence of her own. The same goes for all of the Jolie-Pitt kids, who don't have accounts on Instagram or any other social media platform.

However, fans who want to keep up with her latest exploits and see all the paparazzi pics can do so via the multiple fan accounts on the 'gram. 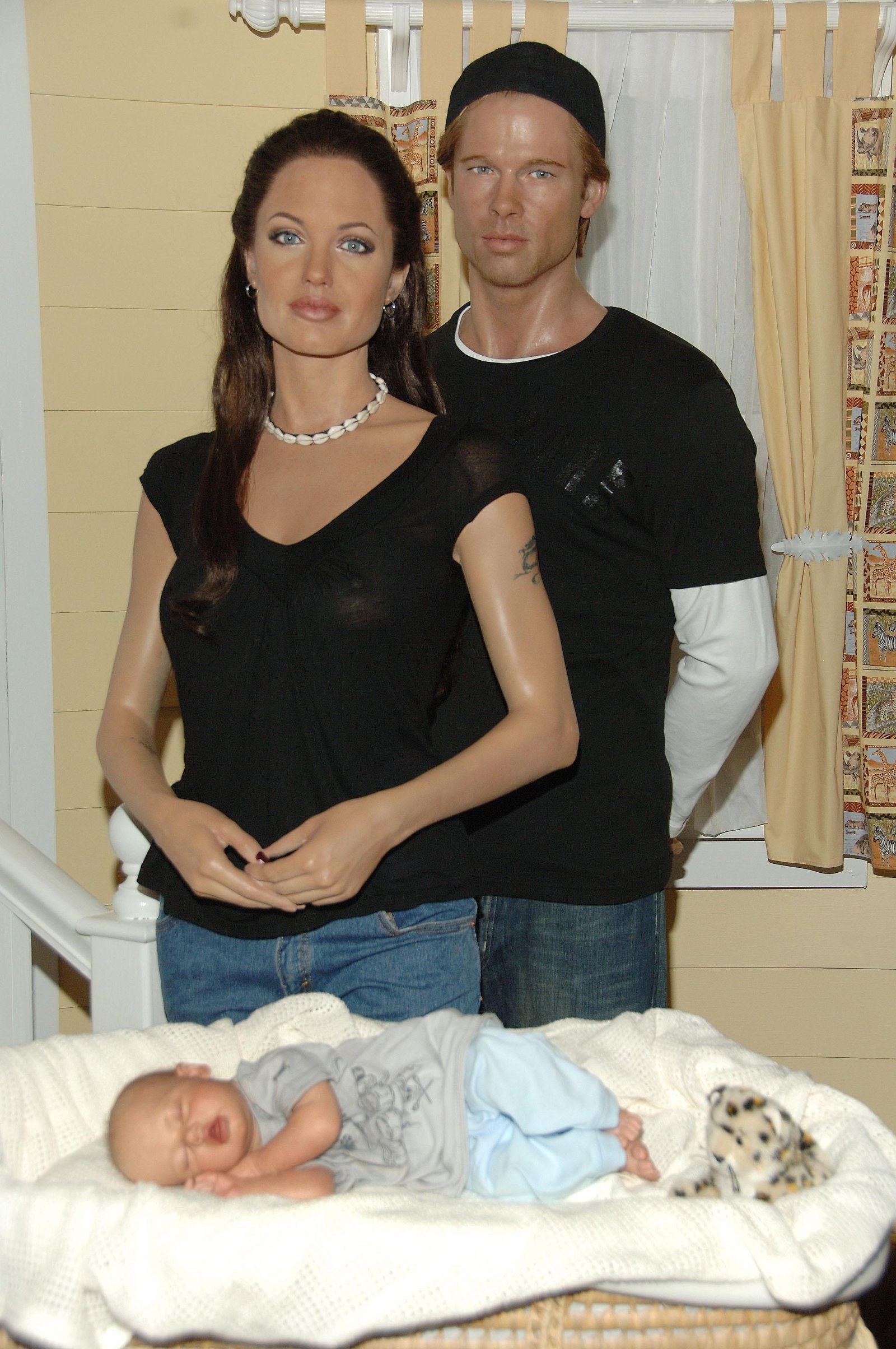 One interesting detail about Shiloh is that she holds a wax world record. The celebrity kid was the youngest person ever to have a statue made by Madame Tussauds, with the wax museum immortalizing her at two-months-old alongside her famous parents, as seen above.

It's not uncommon for young celebs to hang out, but Shiloh's choice in friends couldn't be any cooler. The teen is reportedly BFFs with none other than Stranger Things' Millie Bobby Brown, 17, with the duo "routinely" spending time together along with Shiloh's older sis, Zahara.

Had Hip Surgery At 13 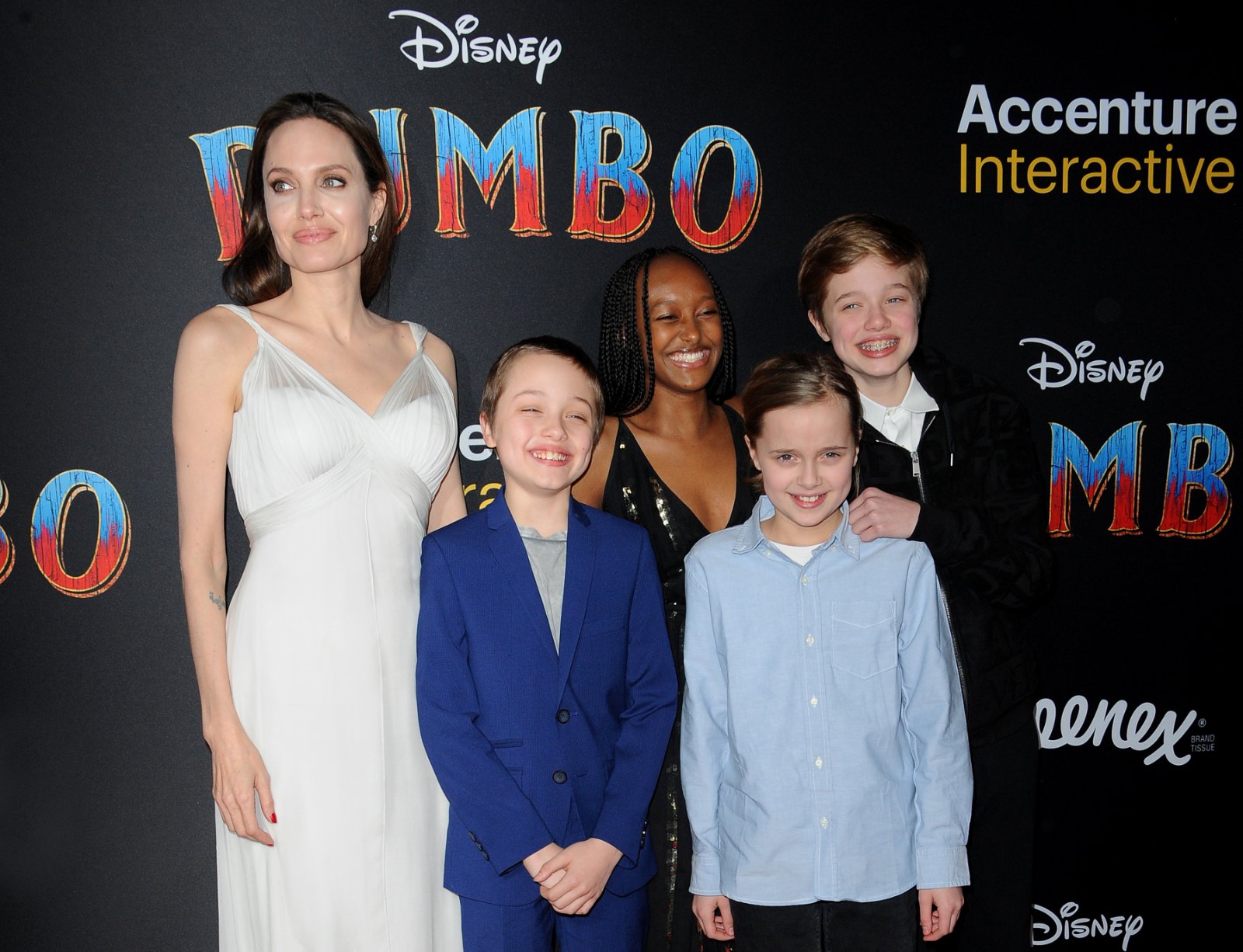 It's not a secret that Shiloh and Zahara both had to undergo surgery last year. Although their parents were quiet about the whole thing and respected the teens' privacy, Angelina did reveal Shiloh had hip surgery.

“I have spent the last two months in and out of surgeries with my eldest daughter, and days ago watched her younger sister go under the knife for a hip surgery,” she wrote in an op-ed for Time magazine last March. “They understand that going through medical challenges and fighting to survive and heal is something to be proud of.”

Chip Off The Ol' Block

Fans watching Shiloh grow up through the paparazzi lens couldn't help notice the teen is the spitting image of both her parents. Just last year, Brad was making headlines for looking identical to Shiloh in his old school photos. Meanwhile, earlier this month reporters were noticing the teen has the exact same smile as mom Ange during their latest red carpet appearance at the Paper & Glue premiere.