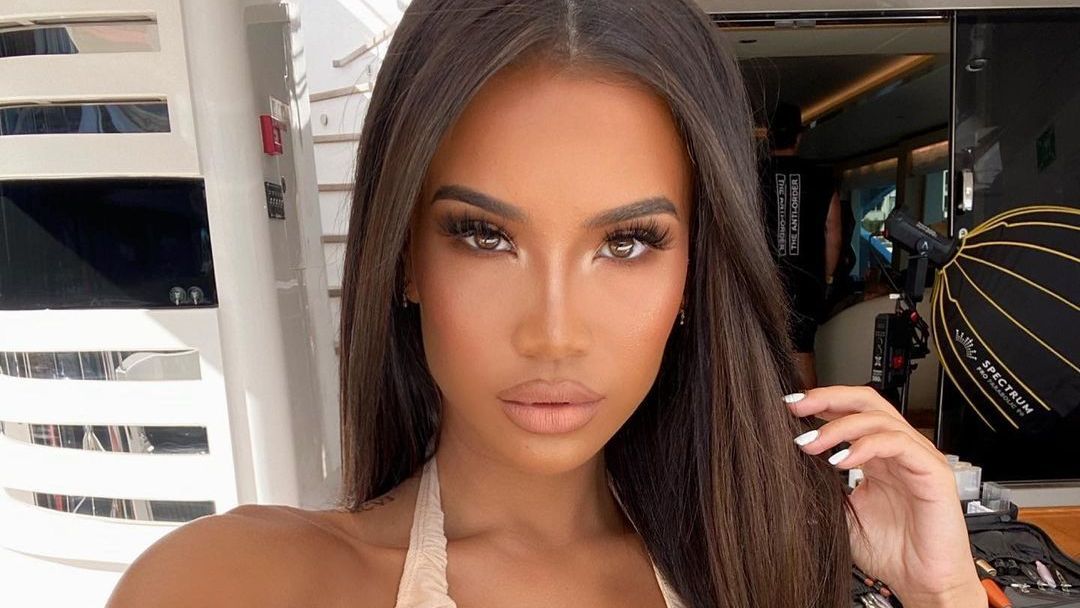 Brunette bombshell Samantha Rayner titillated her 755,000 Instagram followers with her most recent share. The model posted the pictures on Monday, February 22. She decided to slip into an animal-print bikini that left little to the imagination.

In a recent report by The Inquisitr, Samantha uploaded a racy snapshot to her Instagram page that showed her in a see-through lace lingerie set. The undergarment was black and unlined so that her buxom curves were visible from underneath the soft cups. It accrued 51,200 likes since it was posted. 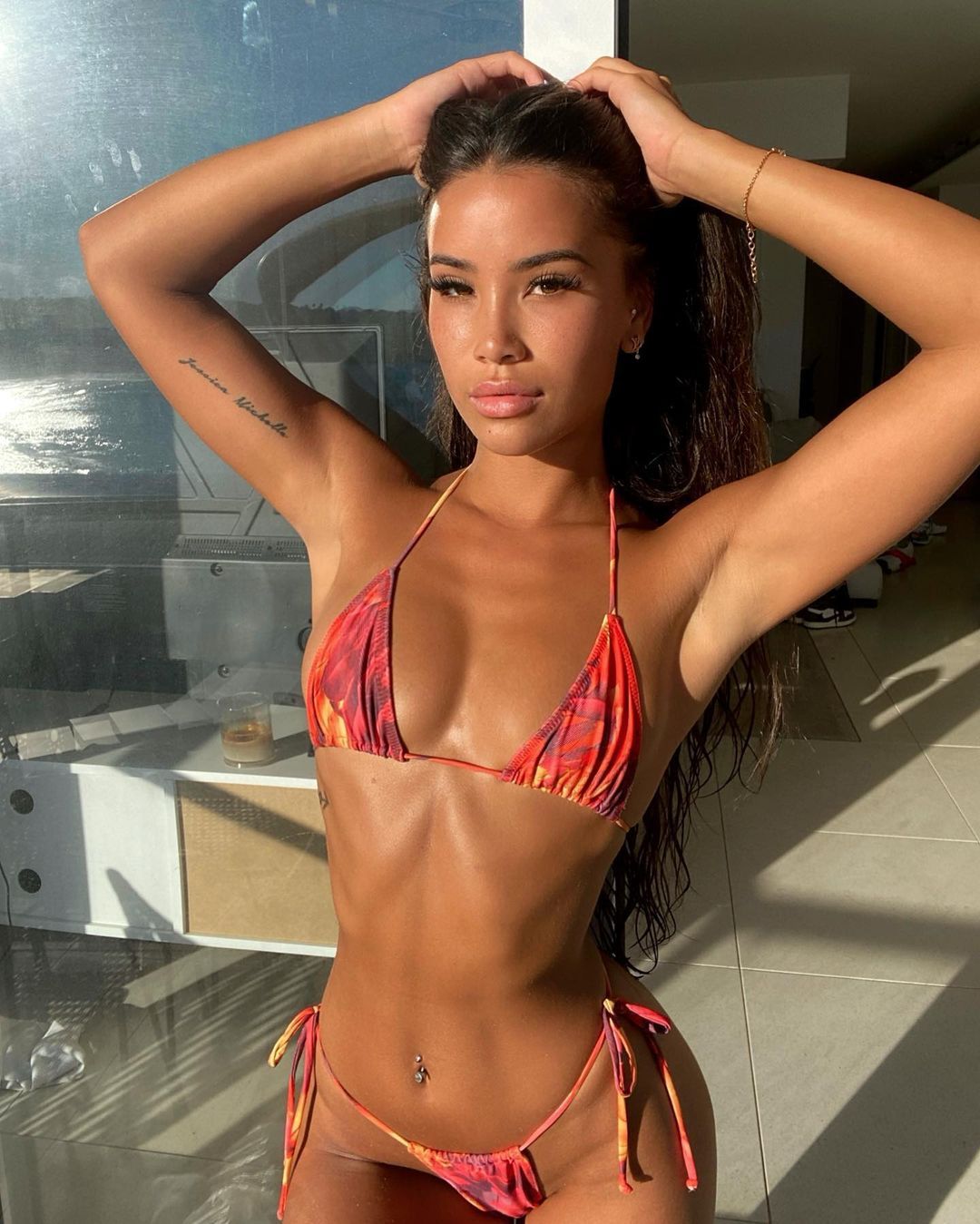 Samantha flaunted her bronze tan in a skimpy cow-print bikini which treated her online admirers to a full look at her insanely fit physique. The swimwear set featured a white base with various black spots all-over. The teeny top had triangle cups that strained against her full breasts. Although, they were padded so that her nipples were not visible. The swimwear also boasted super thin straps and were tied behind her back, with another pair that extended over her neck. 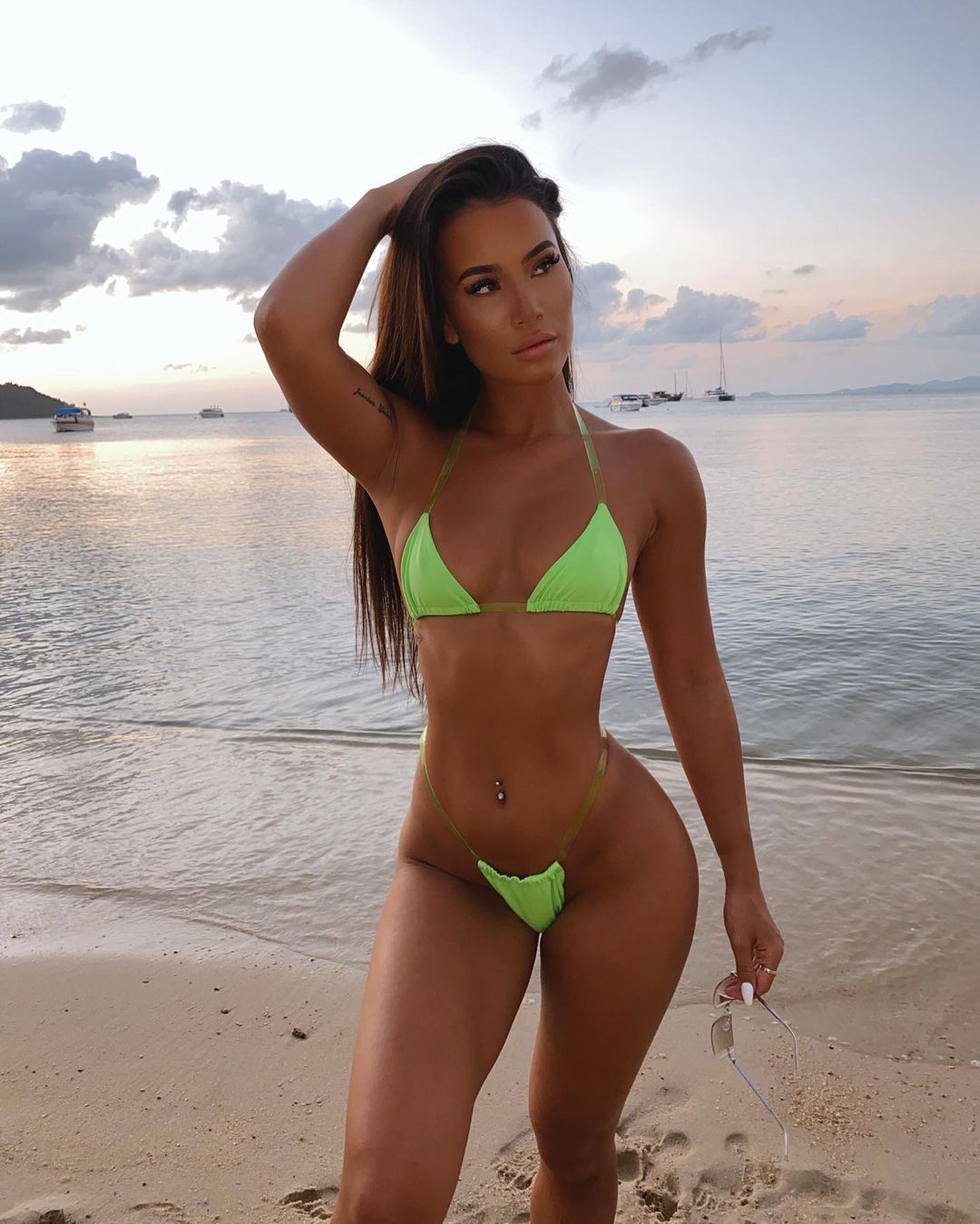 Samantha rocked a pair of bottoms in a simple style. The thong sat below her belly button, exposing plenty of skin across her sculpted midsection. Spectators gushed over how flat her tummy looked. Other fans raved over her chiseled abs, expressing their admiration in the comments. Like the top, it had black straps that clung to her tiny waist, emphasizing her curvy hips and booty. Meanwhile, the high legs displayed an ample amount of her groin area. The two-toned bathing suit made her tanned complexion pop. 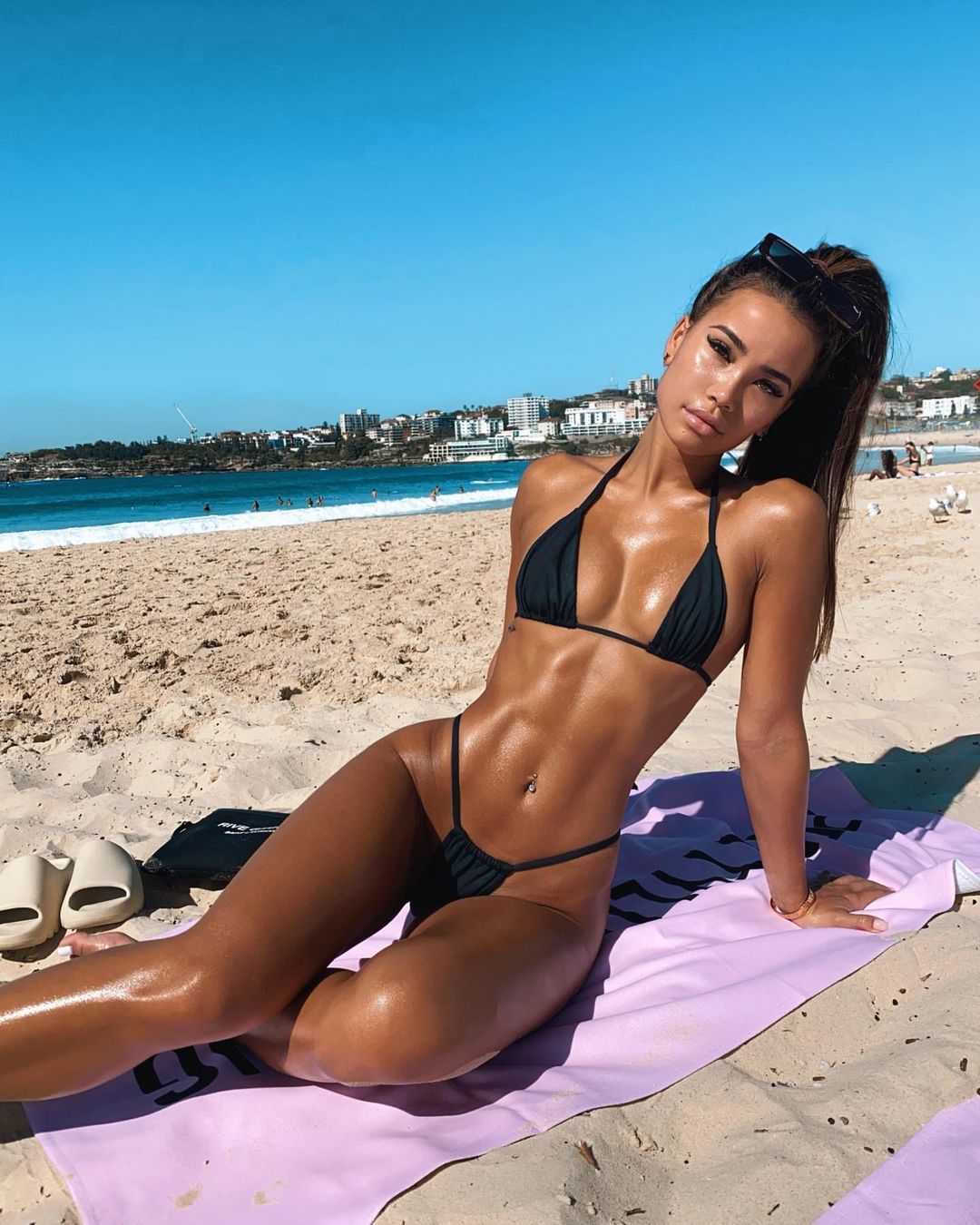 Samantha was photographed lounging on a flight of stairs in a shaded area. She stretched one leg, keeping her knees bent and angled sideways. Her right leg was tucked under her left thigh. The babe leaned to the side and placed her right arm on the floor to support her upper body. Meanwhile, she used her other hand to tug on her thong. She looked to the side when the photographer took the picture.

In the second image, the babe posed by standing on the stairs with her legs crossed. She let her arms hang on her side and looked down. 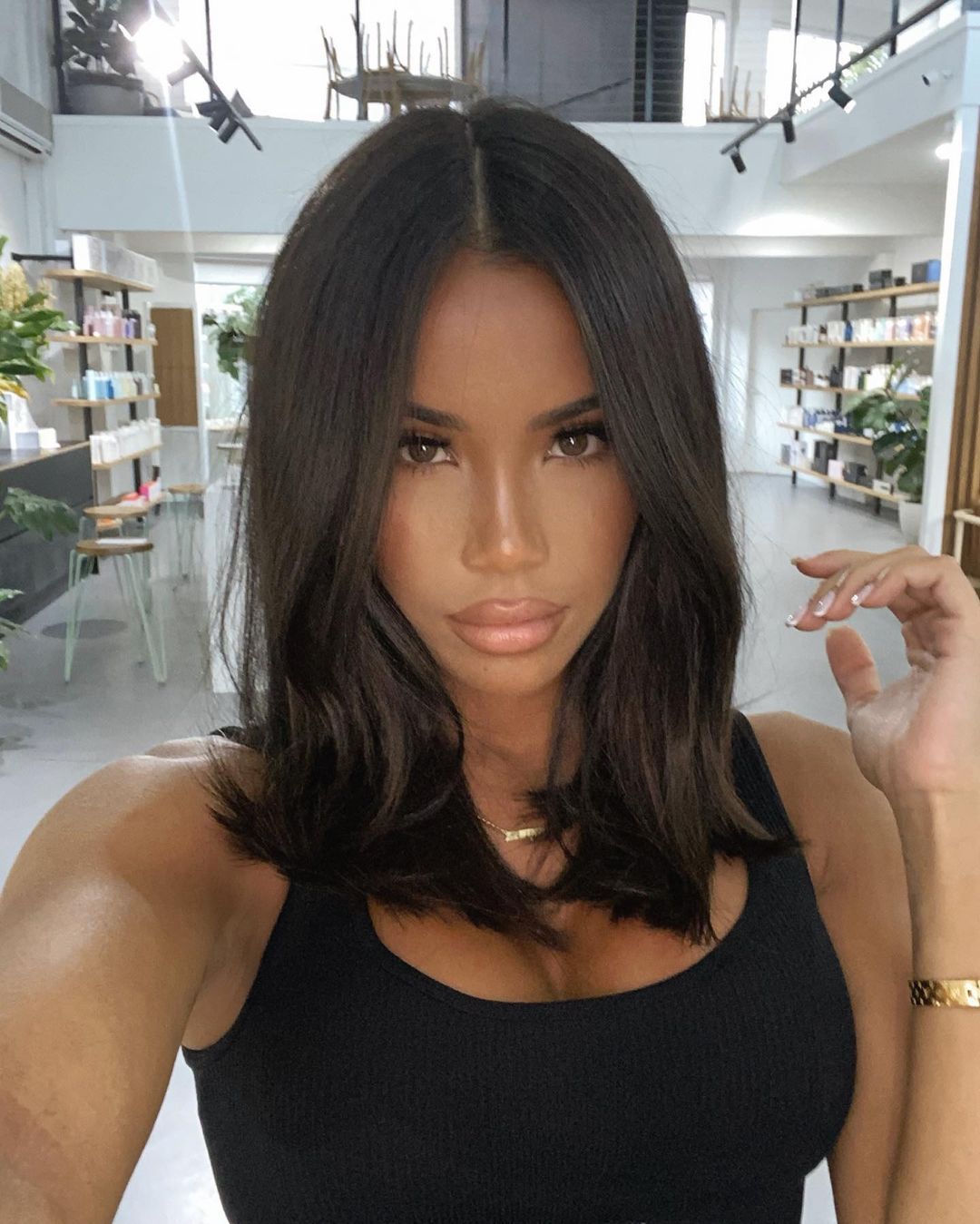 Samantha recently sported a darker shade of hair. Since Valentine’s Day, she rocked the new look, which obviously suits her well. In the pic, she wore her dark tresses down as she sported a mostly straight hairstyle. She did a heavy side part and let the ends of her locks cascade over her right shoulder.

Samantha sported several accessories to her beach day look, including stud earrings, a thick bangle, and her belly button ring. She also rocked white nails, which somehow matched her ensemble.

Samantha revealed that her bikini came from PrettyLittleThing. She simply added a tag for the retailer and dropped two black heart emoji in the caption of the post.