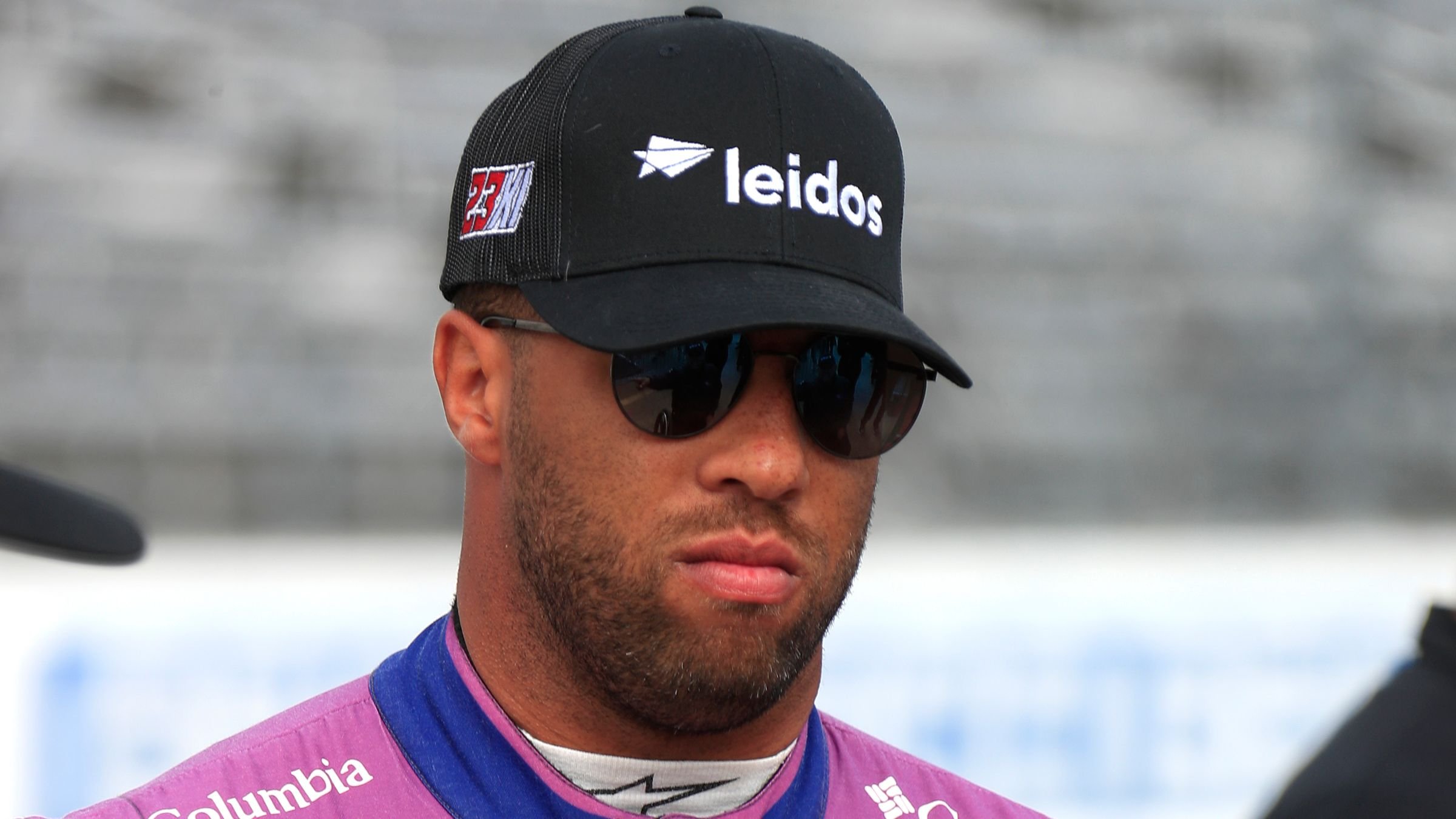 Bubba Wallace is an artist who paints with the car, and the race track is his canvas. However, ever since becoming a part of 23XI, Wallace realized his art was being taken away from him.

It so happens that Denny Hamlin and Michael Jordan brought together a team with unbelievable resources, but with that arrived a software that didn’t quite make Wallace happy.

During an episode of All The Smoke podcast, Wallace spoke about Hamlin’s keen interest in data analytics and using software SMT to analyze various aspects of how a racer is working on the tracks.

Bubba Wallace isn’t a huge fan of the data revealing his various track metrics such as steering traces, brake and throttle application. It’s the timing of such mechanisms that makes sharp turns possible, and with such a software, everyone will know what he’s doing behind the steering wheel!

Bubba Wallace’s Journey With 23XI Had A Rocky Start

Prior to 23XI, Wallace was working with Petty GMS. During his time with Petty GMS, Wallace realized that he wasn't able to quite find the sweet spot where the car and he would function like a well-oiled machine.

It so happened that sometimes the car wouldn’t be able to keep up with others and there were times when he couldn’t perform.

When he transitioned to 23XI, he expected these problems to fade. Unfortunately, that did not happen. He was still failing to perform!

When a new crew chief joined the team, Wallace started noticing steady improvements in his performance.

He started securing victories, and moving up the ladder.

Bubba Wallace Made The Headlines Following A Race

Right after this, Wallace hit Larson’s car and took both of them out of the race. After exiting his car, Wallace physically shoved Lason into the car wreck multiple times before authorities intervened.

Since then, Wallace has paid his dues and even issued a statement about the incident.