A Brief Timeline Of Shailene Woodley And Aaron Rodgers Relationship 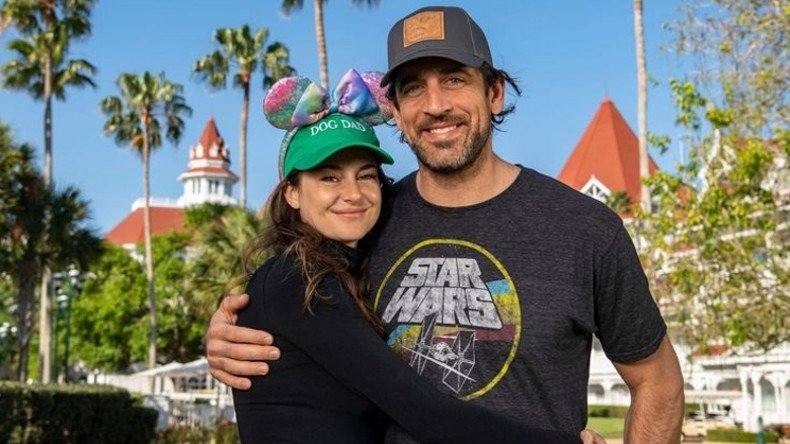 After dating for less than two years, Shailene Woodley and Green Bay Packers quarterback Aaron Rodgers have called off their wedding plans.

Shailene is a famous American actress who began modeling when she was four years old. Later, she started acting professionally in modest television roles.

Shailene rose to fame after portraying Amy Juergens in the ABC Family drama series The Secret Life of the American Teenager, from 2008 to 2013. Other popular movies that have given her wider recognition include The Fault in Our Stars, The Divergent Series, etc.

On the other hand, Aaron is an American football quarterback who plays for the National Football League's Green Bay Packers. Many sportscasters and players consider Rodgers to be one of the finest and most talented quarterbacks ever.

Here's a look back at the relationship between the Green Bay Packers quarterback and the Divergent actress.

Aaron and Shailene reportedly started dating in July 2020, after he ended his relationship with his girlfriend of two years, Danica Patrick.

In February 2021, Aaron surprised fans by revealing his engagement to Shailene after keeping their relationship hidden from the public for months. He revealed the news during his acceptance speech for the NFL Most Valuable Player Award for 2020.

"It's an honor to win this award for the third time. 2020 was definitely a crazy year, filled with lots of change, growth, some amazing memorable moments. 180 straight days of having my nose hairs scraped. Playing for very little fans or no stands the entire season, I got engaged, and I played some of the best football of my career," Aaron revealed during his acceptance speech.

Afterward, Shailene also let out some extra information about her engagement during a guest appearance on The Tonight Show.

"Yes, we are engaged. But for us, it's not new news, you know, so it's kind of funny. Everyone right now is freaking out over it and we're like, 'Yeah, we've been engaged for a while," said the Divergent actress.

During their relationship, Shailene and Aaron spent so much time together. One of their memorable time together was their summer vacation in Hawaii. Shailene's former co-star Miles Teller and his wife, Keleigh Sperry Teller, accompanied her and Aaron on the vacation. Keleigh shared several pictures from the vacation, showing the couples as they hiked a waterfall.

All Good Things Have An End

In February 2022, Shailene and Aaron's relationship ended, much to the surprise of their fans. However, the former lovebird's split was amicable.

"It was an amicable split; it just wasn't working. They are very different people with busy careers and there were obstacles that they couldn't surmount. They will remain friendly; there's no bad blood and no drama. It just didn't work out for them," a source revealed to People.

Since the split, Shailene and Aaron have continued with their lives. For now, there is no news about them dating, but there is no doubt they would be in the news if they find love again. Fingers crossed!